I don’t know how good a new Minelab PRO-Find 35 is, it hasn’t reached my hands yet (I have already ordered and am waiting for it to arrive). But one thing I can say for sure: the latest new probes are obviously better than the previous ones. This is in reference to the XP MI-6, Minelab PRO-Find 15, Minelab PRO-Find 35, Teknetics Tek-Point, and Fisher F-Pulse. And each of them comes not without secret. END_OF_DOCUMENT_TOKEN_TO_BE_REPLACED 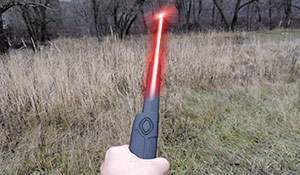 It’s really a shame that the MD-Hunter blog didn’t exist in the ’60s. We would have known for certain who and when was the first to make (and set to launch for sale) a pinpointer. As now it is anybody’s guess… Garrett, Fisher, or White’s? Today, any serious MD manufacturer has at least one probe in its lineup. Interestingly, it is not so simple to make a pinpointer. For instance, Nel promised to manufacture a super probe but failed. XP has managed to produce its pinpointer just now. Besides, this year (2017) we have seen 5 new devices at once: the XP MI-6, Minelab PRO-Find 35 / 15, Tenetics Tek-Point, and Fisher F-Pulse. Do you know what unites them? Great depth and ability to withstand submersion. END_OF_DOCUMENT_TOKEN_TO_BE_REPLACED 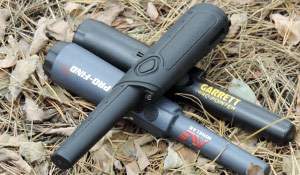 I took the Fisher F-Pulse (same as the Teknetics Tek-Point) in my hands, and… at max sensitivity it turned out to be a real ‘Sword of the Jedi’. This device can definitely stand comparison with some inexpensive metal detector. Do you have a Garrett ACE 250 with a stock coil? I am going to you then and rip you to shreds, in terms of depth )) END_OF_DOCUMENT_TOKEN_TO_BE_REPLACED 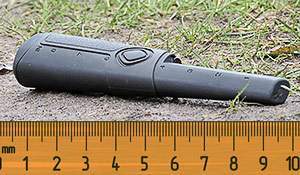 No matter you want it or not, but pinpointers have increasingly greater depth capabilities. The joke about the probe that can surpass some low-cost metal detector equipped with a 7-8 inch coil is not a joke anymore, but a reality. And above all, when they tried to increase the pinpointer’s detection depth before, it resulted in lots of false signals, hence turning the device from a helpful tool into the one that is a pain. But now, some metal detector manufacturers have got an increased depth and stable operation provided at the same time. Here’s a Fisher F-Pulse depth test. Do you find this depth good? END_OF_DOCUMENT_TOKEN_TO_BE_REPLACED 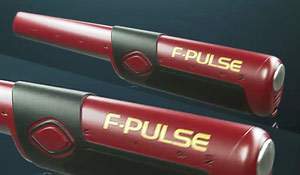 Can any emptiness be sold to hobby enthusiasts, and at a very high price? Fisher have revealed a new product 2017 – the Fisher F-Pulse pinpointer. First, I’ve already seen this probe somewhere. Second, I’ve also seen some product of the same color. Third, it’s no good writing mistakes in their own product’s name. Anyway, welcome the newly produced unit! END_OF_DOCUMENT_TOKEN_TO_BE_REPLACED