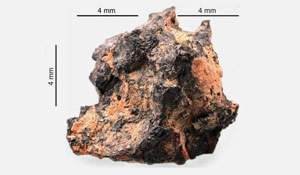 A small unattractive stone, a bit larger than 1 centimeter… If you walk past such a thing without a metal detector, you won’t even notice it. The rock accidentally came into the hands of scientists 20 years after it was found, and has been acknowledged as the strangest stone in the world. It contains mineral compounds that are distinct from anything previously studied and discovered in our solar system. Furthermore, the interstellar dust of the stone is older than the solar system itself. Just imagine…you are holding a stone in your hands, and it’s older than the sun. Want to see the photo of such an unusually unique find? END_OF_DOCUMENT_TOKEN_TO_BE_REPLACED 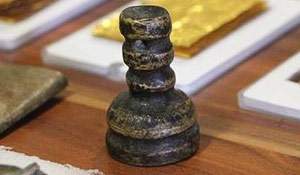 A metal detecting enthusiast was very lucky to find a bronze seal believed to have belonged to King Solomon, a few golden figures, some golden tablets (with really gold leaves) – 11 artifacts in all. He was arrested after trying to sell the items… Can you imagine such an announcement on the Internet? Sort of “WTS: Solomon’s seal, attributed to the King in medieval Jewish tradition, is officially considered lost. Goes with the golden tablets containing Jewish sacred texts and golden figurines”. Either the sender of this ‘for-sale sign’ would be considered crazy or the police would be already on its way to him. Here are the pics of the finds (worth your while!): END_OF_DOCUMENT_TOKEN_TO_BE_REPLACED 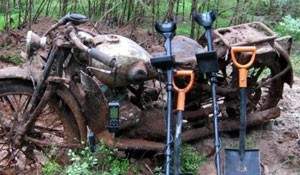 One may collect coins one at a time, but may at once pick up a find which won’t get into a car trunk. Watch the photo report, great find. END_OF_DOCUMENT_TOKEN_TO_BE_REPLACED 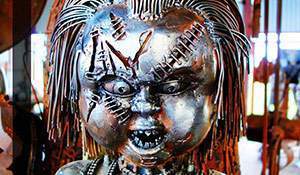 Do you feel angry when digging up rusty iron? For some people, it’s not simply metal trash. Here, this is the very case when one man threw some stuff away, whereas another picked it up and created an amazing and expensive item. END_OF_DOCUMENT_TOKEN_TO_BE_REPLACED 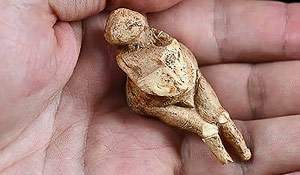 If extraterrestrials are looking at our Earth through a large telescope right now, most likely they are seeing back to… the early days of the colonial period in North America. The speed of light is not too fast. It will take 300 or 400 years for an image to reach the extraterrestrial beings. But it’s quite a different story when it comes to thousands and millions of years. END_OF_DOCUMENT_TOKEN_TO_BE_REPLACED