Makro has officially hinted that in 2018 we will see a new amphibious detector for ground and underwater search. Here’s the first photo provided by the manufacturer, so prepare the congratulations and try to guess… What sort of machine will this submersible Makro Kruzer be? 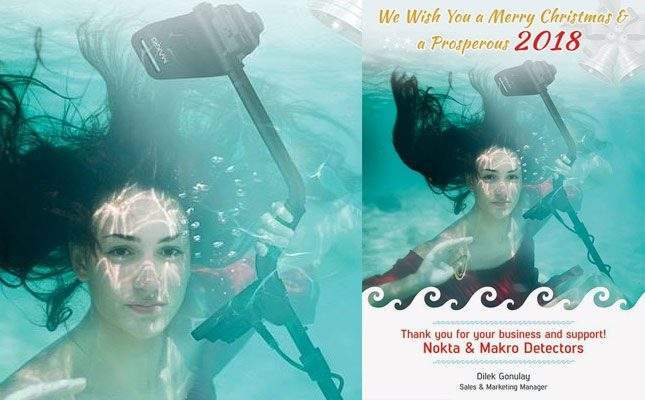 I must say that the Makro Kruzer is a conventional name, it is not necessarily the case that the new unit will be a part of the Makro Racer series. However, if we are talking about the ground search, a detector should have a screen and usually has a classical construction. The absolute leader in the Makro line-up is, of course, the Makro Racer 2. So, the new machine (even if it’s submersible) will be definitely based on this one.

And thus… It is fair to assume that the Makro Kruzer features will be as follows: Ground and underwater search (submersion up to 3 meters). Automatic and manual ground balance. A large screen with adjustable backlight. Vibrate response for perfect operation in underwater conditions. Power supply: 4 AA batteries. Comes with a stock 11 DD coil.

Also, as we can see, the Makro Kruzer coil has a cable. Earlier there were assumptions that a new Makro / Nokta detector would be wireless. By the way, the same plans were announced by FTP producing the Fisher, Teknetics, Bounty Hunter machines. They can say anything they want, however, but FTP haven’t made even wireless headphones so far (while all of the large manufacturers, except FTP, have already provided their machines with wireless headphone connections).

The main intrigue lies in frequency. Not even in values, but in… The number of frequencies the new device will have. One? Two? Three? The manufacturer already have a technology that allows them to make the detectors capable of switching the operating frequencies (the Nokta Impact). And this technology has come out to be useful and works as it should.

Here are the new details: the detector operates at 3 frequencies! And now let’s imagine this new machine (dream for a while)… The one that includes all of the Nokta Impact features, plus can be used underwater. Are you interested? 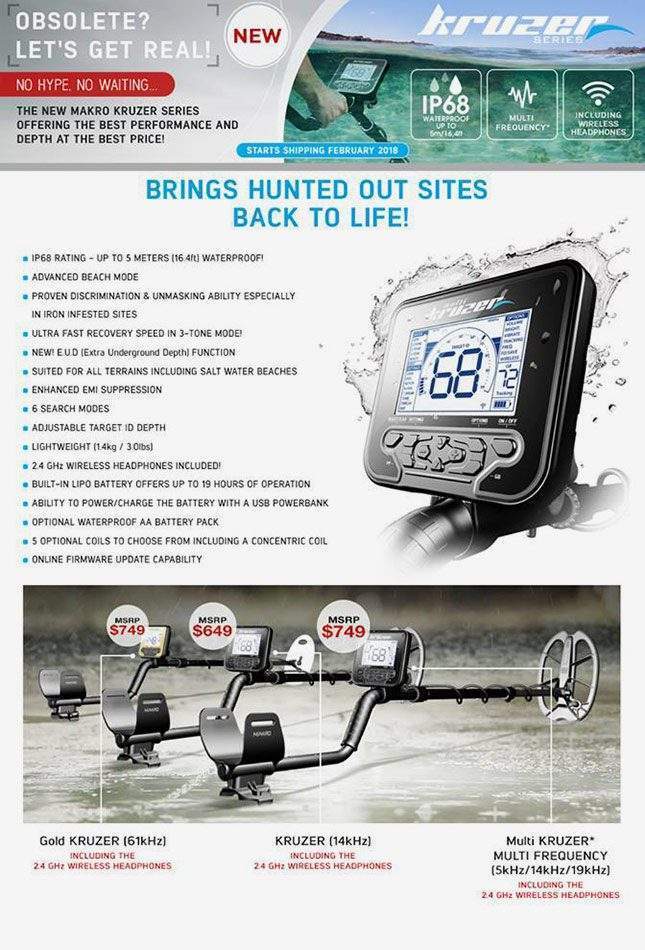 All info about the upcoming Makro Kruzer will be collected here. The new metal detectors 2018 are here. Please share your comments whether you are interested to know the rumors about another new super detector. Or shall we wait for an official info?