A metal detecting enthusiast was very lucky to find a bronze seal believed to have belonged to King Solomon, a few golden figures, some golden tablets (with really gold leaves) – 11 artifacts in all. He was arrested after trying to sell the items… Can you imagine such an announcement on the Internet? Sort of “WTS: Solomon’s seal, attributed to the King in medieval Jewish tradition, is officially considered lost. Goes with the golden tablets containing Jewish sacred texts and golden figurines”. Either the sender of this ‘for-sale sign’ would be considered crazy or the police would be already on its way to him. Here are the pics of the finds (worth your while!): 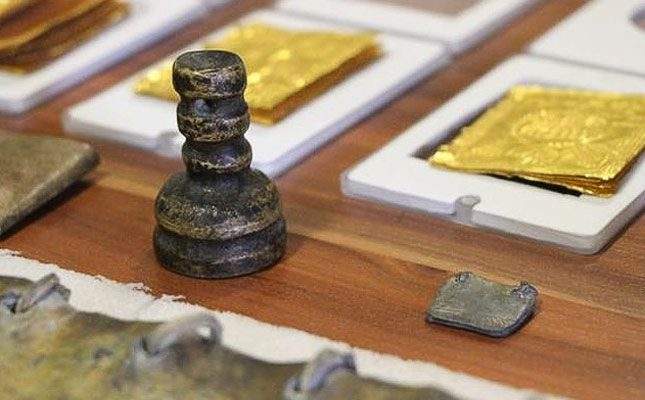 The relics were discovered in the district of central Amasya province, northern Turkey. The Greek city of Amaseia was the capital of the Kingdom of Pontus (281-183 BC) – almost ‘the centre of the Earth’ in those days. The city and kingdom were conquered by the Romans in 63 BC. Well, what do you think about such a hunting spot?

In Turkey metal detecting is not prohibited. There are some restrictions on transporting and selling different items of historical, archaeological and cultural value. Simply said, you are allowed to treasure hunt, but if you find something, it will belong to the state or will be acquired by museums.

The guy mentioned above had real luck to pick up great discoveries. Here are the things unearthed:

1. An ancient bronze seal which belonged to King Solomon (known as Prophet Suleiman to Muslims). According to ancient legends, that seal endowed the King with magical skills – e.g., gave him the power over genii or the ability to understand the language of animals. The seal of Solomon, the third king of Israel, considered lost for at least 500 years. There, it’s been found at last.

2. 5 small tablets, with gold leaves, containing quotes from the Torah.

4. Two amulets with inscriptions in Hebrew.

The police reported seizing 11 priceless historical artifacts from the violator. Instead of giving his discoveries to the state or a museum as required by law, the man brought himself to smuggle the antiquities to Europe in order to sell them (for big money?). But… 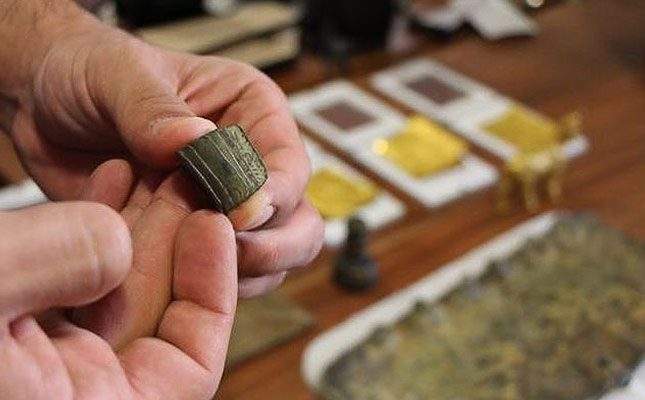 It was the 3d of October 2017 when the officers of gendarmerie broke into the super successful finder’s house and simply confiscated all the relics. For the time being, the man is awaiting trial.

By the way, speaking of the prices for these historical finds… The first thing the state authorities did was to widely cover the event. The artifacts were shown to the public and then sent to the Amasya Museum Directorate. The museum experts say the artifacts are so unique that it’s impossible to determine their monetary value. So, as a matter of interest… How much could these ones be sold for in Europe? One million, or two, three, ten?

Let’s continue digging? Those who feel exhausted or tired can look through the most awesome gold items recovered to cheer themselves up – 200% energy guaranteed. Best of luck to you all!

One Response to Found: Seal of Solomon. Finder arrested