DPR 600 price slumped. Deus costing as much as Garrett ACE!

Do you want the XP Deus, that divine detector, for the same price as the lower-class Garrett ACE? The future has finally arrived. The price for the Depar DPR 600, the very same blue colored clone of the XP Deus, has slumped. 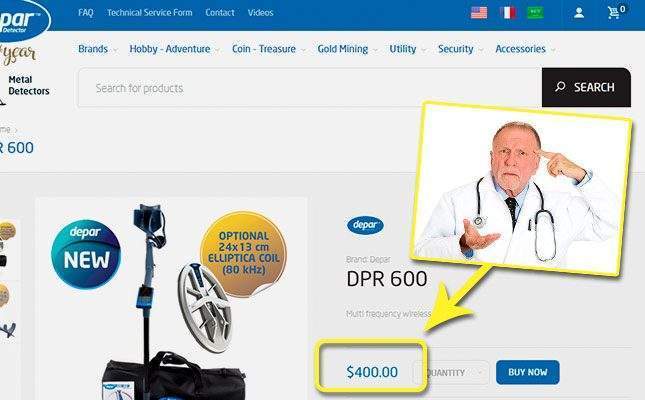 The new price of the Depar DPR 600 is only $400. Let me remind you: it’s a modified XP Deus that has been designed for gold prospecting. All of its features and differences from the original XP Deus, as well as the photos and videos, can be found here.

But that’s not the issue. Hold on to your hats: after hearing such news, you’ll forget about all of your Garrett, Fisher and Minelab devices… XP is going to reveal its XP Deus 2 until the end of the year, costing up to $400, too.

End of free ride: the Depar DPR-600 price is the same again – $680. Time will show whether it’s forever or just temporary.

2 Responses to DPR 600 price slumped. Deus costing as much as Garrett ACE!