99% of the Garrett AT PRO owners don’t know one simple fact about this machine. So they use their devices being scared themselves and telling each other ‘horror stories’ about these ones. However, it’s a pure myth and fairy tale for kids. And you shouldn’t miss your finds by no means. Here are my secrets of the Garrett AT PRO after years of hunting with this detector. Let’s roll!

How to drown the Garrett AT PRO 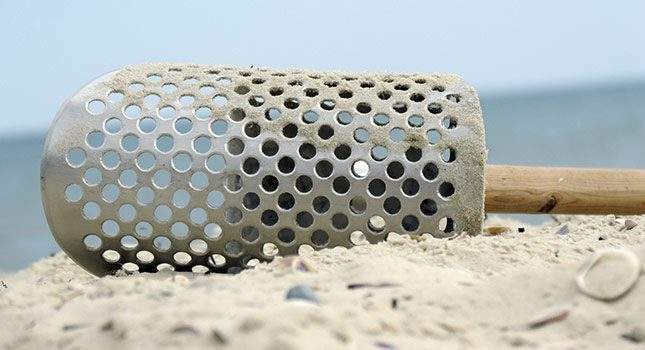 99% of the Garrett AT PRO owners think that water can get into the control box through a coil connector or a headphone plug. In their opinion, water can penetrate inside if the connector is not a tight fit. It’s a mistaken belief.

In reality, the Garrett AT PRO has a capsule-like connector. If there is no mechanical damage inside this one, the water won’t go any further. But don’t think that this is an excuse not to care about your rubbers. If the water gets into the connector, with the voltage existing on the contacts, a reaction occurs that can damage the pins. It will happen particularly fast if it’s the salt water that gets inside.

Usually, if it’s a case of water leaking into the connector, the Garrett AT PRO owners immediately feel that something is wrong. The machine starts beeping constantly and erratically. If it’s the salt water and you leave the connector tightened up for several hours, there is a high probability it will need a serious repair afterwards.

How the Garrett AT PRO misses the finds 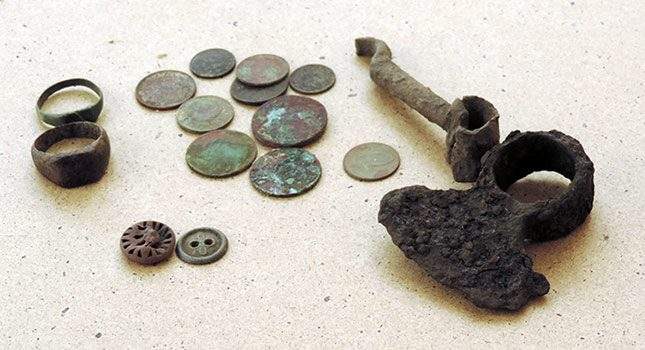 When lying at a great depth in the ground most targets sound like iron. You can double check it one hundred times by conducting the air tests. But, first, there is no such thing as finds in the air. Second, the ground makes null and void all of the air test figures.

This applies to all groups of desired metals: gold, silver, copper, bronze. And that is particularly in evidence with regard to small targets mostly – rings, coins and crosses are constantly at risk. But this is in reference to max depth only. If a gold ring lies at a 5cm depth, you won’t miss it.

I do it like that: if a hunting spot is productive in any interesting objects, I usually dig all dubious signals there. This is the case when, for instance, the detector gives a 50/50 ferrous or non-ferrous signal. If a site is really awesome – a medieval or earlier period settlement – it makes sense to dig everything and anything. Believe me, even iron finds of the time can make your day (and make it really happier).

Here everything is simple. The earlier you learn to operate in a PRO mode, the greater number of good finds you’ll get. Remember that the Garrett AT PRO in a Standard mode is practically no different from the Garrett ACE. You wanted to buy the Garrett AT PRO in order to gain the advantage, didn’t you? So enjoy your advantage and pick up your finds (while the other are hunting with their quite cheap machines).

I always pay for everything

It can be illustrated by the following anecdote. Once upon a time aliens visited Earth to study the humans. They abducted 3 men – one American, one French and one Australian – put them into the completely empty cells and gave each of them two large metal balls. They looked into the cells in a day and saw the following picture: an American was standing in the middle of his cell juggling the balls. ‘Perfect’, the aliens thought, ‘he has good muscle activity’. A French was sitting in his cell moving the balls thoughtfully. ‘Great’, the aliens thought, ‘he has mental capacity’. They looked into the third cell and… saw a sad Australian sitting on the floor with no balls around. ‘But where ever did you put the large metal balls in a completely empty room?’ they asked. ‘One is broken, and the other is lost’, was the answer.

So are mine: one locking collar of my Garrett AT PRO is broken, the other is lost. And besides I’ve come to the conclusion that the locks on this device are a pure formality. Thus it should have been written in the Garrett AT PRO manual that although the machine comes with the locking collars, yet these ones will surely break down or get lost. 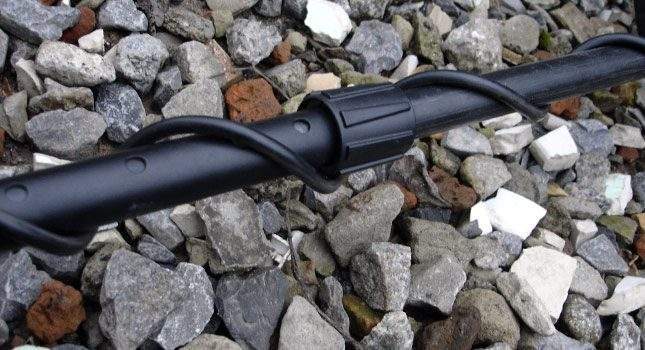 Breaking the Garrett AT PRO twist lock is as easy as opening a beer bottle. And you may keep it in mind today, but anyway the day will come when this plastic part gives a nice crunch sound in your hands.

How did I lose it? It’s all simple, write a receipt. Step 1. Spend the whole day hunting with your detector and getting very tired. Step 2. Go back to your car in the twilight, disassemble your machine with your brain on autopilot and go home. And on your next outing it will be a pleasant surprise – the lock is no longer on the shaft. It’s magic from Garrett.

Chinese manufacturers are making the metal detector twist locks, including the ones for Garrett’s units – option #1 and option #2. You know that the Garrett ACE, Garrett AT PRO, and Garrett AT Gold have the same collars, don’t you? Those who read this blog are 100% aware of it.

If the locking collars were the detector’s main disadvantage, I would be the happy Garrett AT PRO owner indeed. It’s possible to use the device even without these locks. A slight play in the shaft doesn’t affect the number of items to be found. The larger parts broken do affect, however. My Garrett AT PRO lost its armrest in the first year of searching. It simply broke. I put the metal one instead and have enjoyed it. 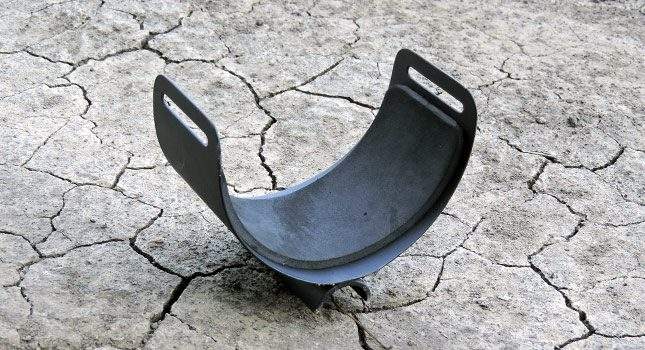 Also, my Garrett AT PRO control box fell off the shaft a year after. The reason was in the prongs hooked on my AT PRO housing that broke off. The problem is rather serious, and I haven’t solved it once for all yet. Each time I try to attach the housing somehow, but it falls off after a while. It may occur after the first outing or after the twentieth as well. The main trouble is that it happens to me during my searches and always spoils my pleasure of metal detecting.

Another info about the Garrett AT PRO International (news, tests, comparisons, reviews and opinions) is here and on Knowledgebase pages. There you can find the details you should know before buying this detector. The experience of others will help you save your time and money.

7 Responses to Garrett AT PRO Secrets after years of searching. I didn’t know that