Minelab is preparing a new product 2017 – Minelab PRO-SONIC wireless headphones. Versatile, for any metal detector. Work on a ‘from transmitter to receiver with wired headphones’ principle. Is that the novelty you are expecting from Minelab? 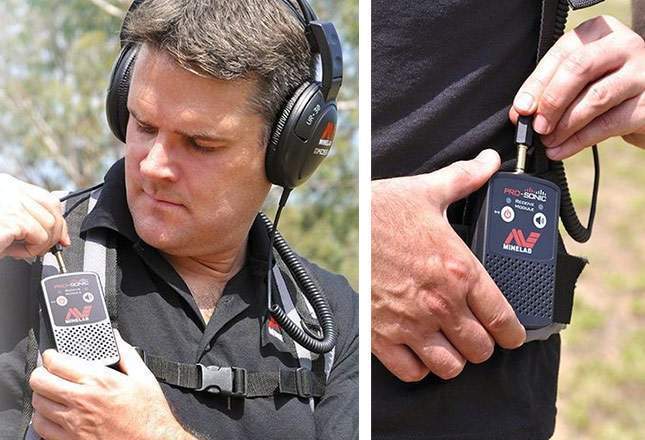 As explained by the manufacturer (this new product hasn’t gone on sale yet), a Minelab PRO-SONIC adapter transmits a clear and fast audio signal using advanced wireless technologies. This will make it very easy for you to adjust the sound without tangled headphone cables. 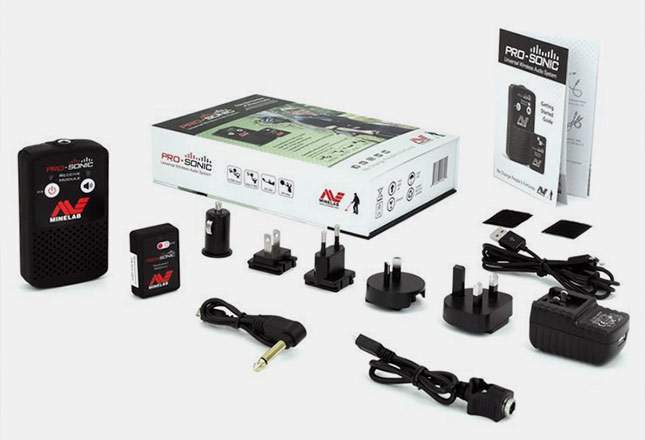 Note that a Minelab PRO-SONIC wireless adapter has a built-in speaker and a 6.35 headphone socket. According to the manufacturer, the headphones should now be plugged not into the detector’s control box, but into the PRO-SONIC module. The latter itself can be attached to clothing using a special clip or by placing it into a breast pocket. A transmitting module is mounted on your metal detector (and is plugged into the headphone socket). 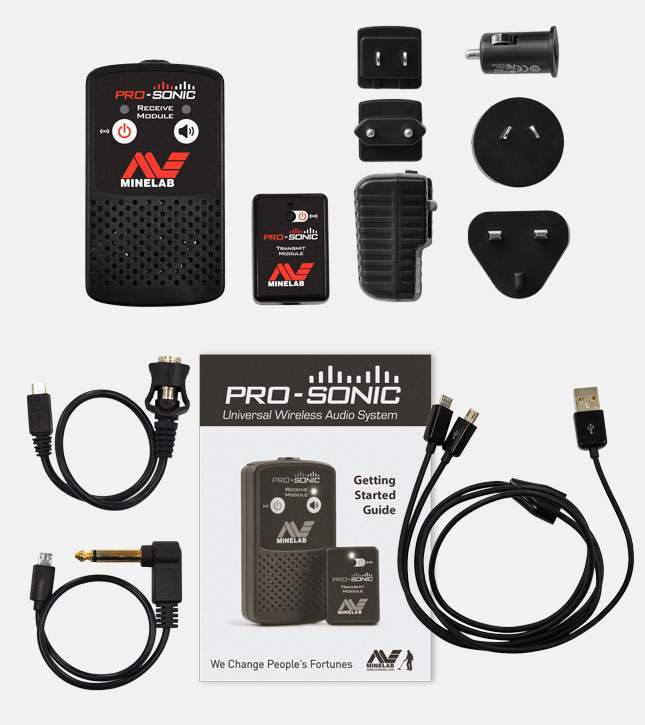 Let me remind you: exactly the same novelty (wireless headphones for all metal detectors) has recently been announced by Garrett – Garrett Z-Lynk. This new product closely resembles another one – the Deteknix wireless headphones. So, that’s how the manufacturers live ))