A treasure hunter PK has sent a feedback – his first month with the White’s TreasureMaster. PK’s previous machine was the Garrett ACE 250 (it’s a pity the feedback has no photos attached, so I’m adding some borrowed ones – with them it’s easier to understand what PK is writing about). 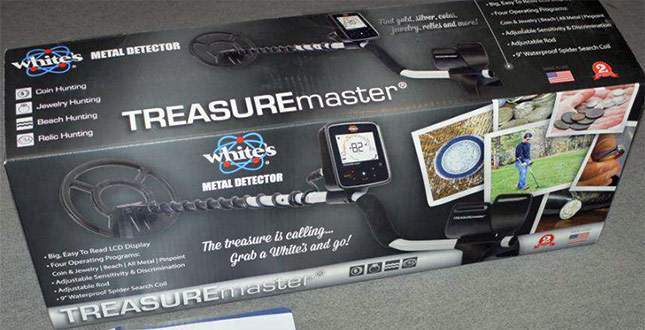 Hi there! I got my White’s TreasureMaster a month ago and have something to share with you. Should I start with the bad or good things? Ok, I will start off with the bad.

What I haven’t liked

The first thing that upleasantly surprised me when I opened the box was the lower shaft length. This shaft piece lies diagonally in the metal detector box. The latter is of considerable size. And the shaft is still longer. It became immediately clear that it would be impossible to tuck the whole shaft into a backpack. When I mounted a coil on it, it became even longer. 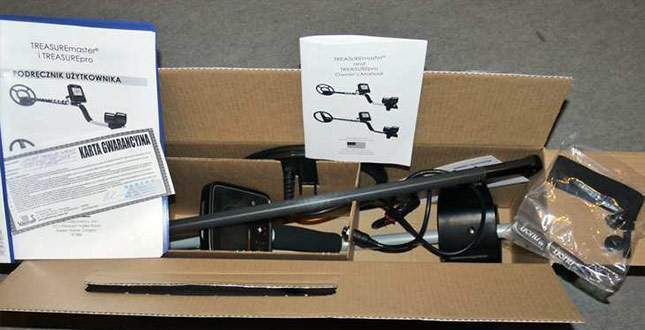 My old Garrett ACE 250 had fitted in a small backpack. Plus it had been possible to put a small shovel there, too, and I had comfortably gone on a hunt using public transport. The TreasureMaster can’t fit in this backpack. And this applies not only to the lower shaft, but also the upper one with the control box. It’s longer than that of the Garrett ACE.

There are two options: either looking for a backpack like fisherman’s one or cutting up the shaft and making a dismountable threaded coupling. I think I won’t cut it so far. And when taking the White’s TreasureMaster along with me for the first time, I came to the hunting spot with this shaft, like a walking-stick, in hand.

The second thing that upleasantly surprised me was absence of the coil cover. And some explanation is needed here. The point is that in all the pictures of White’s TreasureMaster the coil looks as if it were with a cover. In sober fact, this is a kind of skirting on the coil that creates such an illusion. I don’t know whether the manufacturer intentionally made it or they needed this skirting for some reason or other. I mistook it for the coil cover. 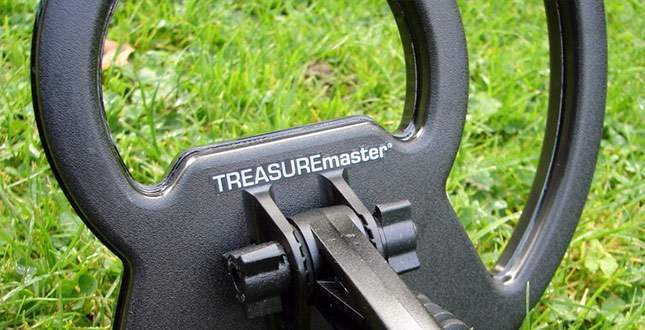 While looking at this false skirting imitating the cover I’ve come to the conclusion that everything doesn’t look very reliable. I’ll have to additionally seal the coil.

I took along my headphones to hunt with – simple ones, working through a female-male jack adapter. I had used them with my old ACE 250 before. But that time hunting with the headphones went wrong. The point is that the White’s TreasureMaster has a headphone jack located on the side of the housing. 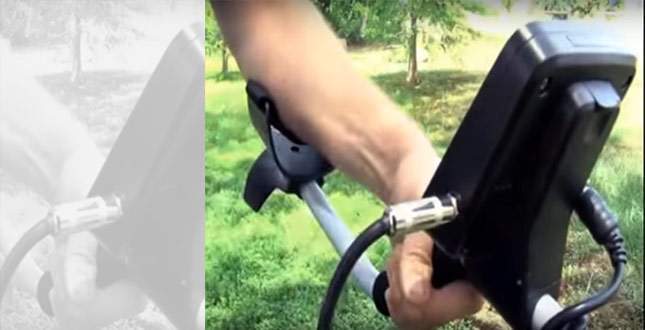 So, having a ‘dowel’ sticking up on the side, I was afraid that every time the metal detector gave a lurch this dowel would break out the socket.

The power supply: 2 AA batteries. I had already used rechargeable batteries in my Garrett ACE 250 for a couple of years. As you might know the ACE 250 has 4 pieces of batteries. And now I have 2 sets for my metal detector! That’ll probably be a trifle to somebody, but this has pleased me. Goodbye spare batteries.

You can choose from the tones – 1, 2 and 4 of them. I can’t say it is a super plus. The ACE 250’s tone range had also suited me very well. But the mere fact of this setting has made me happy. You feel like being at least a semi-pro, if not a pro (just kidding, I realize what kind of metal detector I have in my hands).

There is automatic ground balance. I first thought it was a marketing ploy. I don’t know how, but it kinda works. I was in that field where my ACE 250 at full sensitivity had given a false response at each sweep. It’s probably because of high mineralization (fertilizers on the field). The White’s TreasureMaster sometimes also gave false responses, but there were considerably fewer of them.

There is VDI. And when switching the pinpoint mode on, there is a depth value displayed in large figures at this place on the screen. On the White’s TreasureMaster you can choose either cm or inches (switch between them).

Sometimes an indication arrow in pinpoint mode starts jumping in a semicircle erratically. It most commonly occurs if the TreasureMaster doesn’t pick up a target. Maybe I haven’t fully understood this detector, I’ll test it further.

There is threshold. I haven’t tried this feature yet.

The TreasureMaster screen is kinda large, but has slightly low contrast. Just a bit dust-covered – and you have to peer at it. 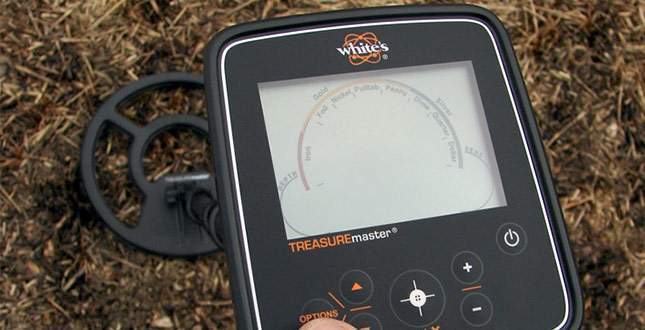 The White’s TreasureMaster has one peculiarity. I don’t know whether to count it as the good or bad. I got used to fast swinging with the ACE 250. Here, you shouldn’t swing the TreasureMaster coil too fast as you can easily miss a coin. So I’m getting used to smooth sweep motion.

The White’s TreasureMaster is definitely worth its money. I haven’t regretted buying it yet. Good luck to everyone hunting!

Thanks PK! That’s a good report.

All about the Garrett ACE 250 is collected here (news, tests, comparisons with other devices, different reviews and opinions). Plus, on Knowledgebase pages there is additional information you should know before buying the Garrett ACE 250. The experience of others will help you save your time and money. Happy hunting to everyone!

One Response to White’s TreasureMaster after Garrett ACE 250. A feedback