The Swedish History Museum contains three unique exhibits. These are gold necklaces discovered at different times and places, but it can be said with confidence that they belong to the same epoch. 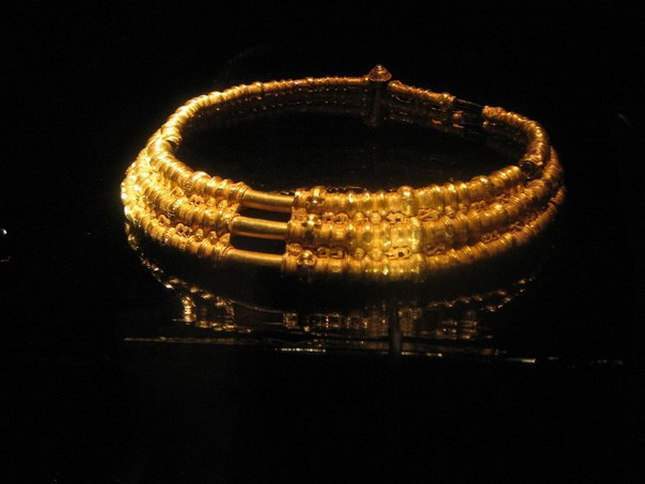 The first ornament was found in 1827 at the foot of Mt. Alleberg in West Sweden. The item dates back to the 5th century AD and is the work of a Scandinavian craftsman who made it from melted-down Roman coins. The necklace consists of three rings, weighing 620 grams, with 105 reptile figures and human masks twined into it. A copy of this collar is stored in Falbygdens Museum, located in Falkoping. 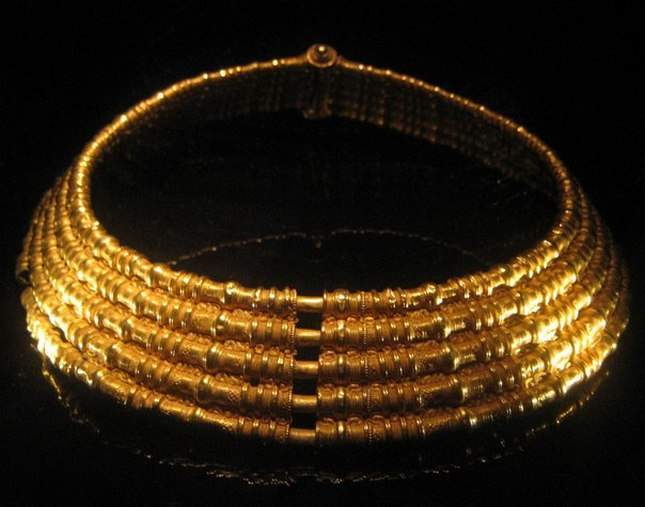 The second necklace was discovered in 1860 on the Swedish island of ?land, in F?rjestaden. This relic is more massive, consists of five rings, weighs 707 grams, and is decorated with 74 figures. 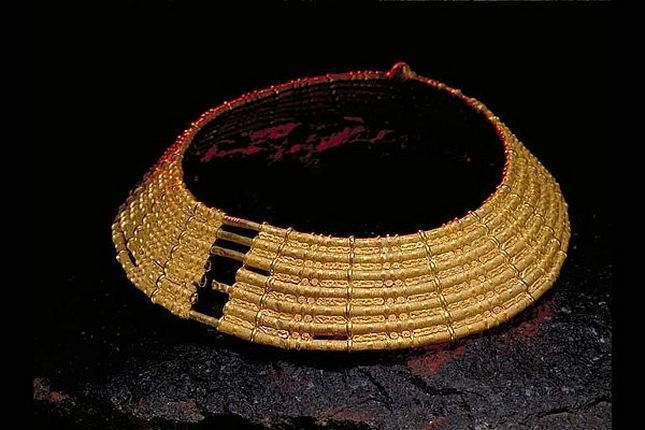 The fall of the Roman Empire in the 5th century AD caused the triggered wave that swept across the whole Western world. Germanic tribes were prowling around Europe in search of profit and fertile lands, thereby putting all and everything into motion – that was why historians subsequently called the period from 400 to 600 AD the Migration Period. In Scandinavia these turbulent times became the years of great prosperity. Foreign trade continued to grow, but goods were increasingly paid for in Roman solidus. Countless numbers of these coins came to be on Baltic islands of Gotland, ?land, and Bornholm where the most important trade centers were situated during the Migration period.

Most of the coins brought in to Sweden were melted down in order to make medallions, necklaces and jewelry of unsurpassed elegance.