Here’s a story of one gold hoard that proves that old tin cans should be checked. A married couple accidentally found a can with gold coins. When they returned to that location with a metal detector, they discovered a few other similar cans. 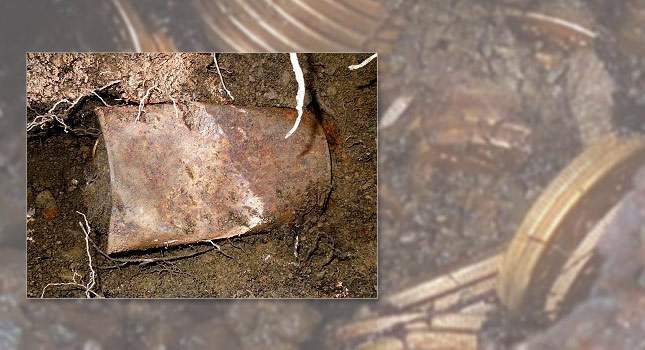 A few years ago, John and Mary, the husband and wife, got a plot of land in the hilly area of Sierra Nevada, Northern California. The mere historical past should have made a layman buy a metal detector – one and a half centuries ago, the gold rush was going full blast there. However, John and Mary were just walking their dog that day.

It was a massive saddle-shaped boulder, and an old tree grown around the tin can. And if one moved ten steps from the ledge in the direction of the North Star, it was possible to see a rusty metal can. According to John, the can was very heavy. The metal cracked open revealing gold coins inside. 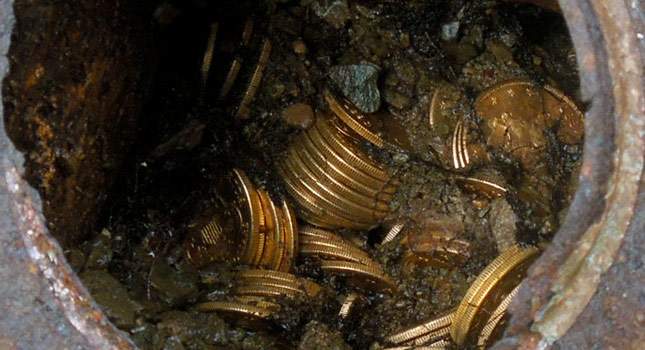 When John and Mary came back with the metal detector, they found at the same place a few other cans – with gold coins inside, too.

1,427 gold coins dating from 1847 to 1894. The peculiarity lies in the fact that the coins were in perfect condition and had apparently never been in circulation. It’s this detail that played a key role in subsequent events. 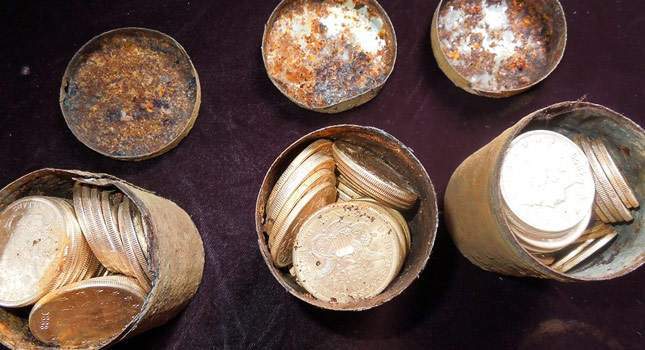 In a category of the hoards buried in the ground (except the ones recovered from the seas and oceans), it’s one of the biggest hoards ever found in the United States. Its estimated cost amounted to over 10 million dollars.

The hoard was being prepared to be sold by Amazon. However, already famous treasure hunters John and Mary little thought the U.S. government might have become a claimant to their treasure found… 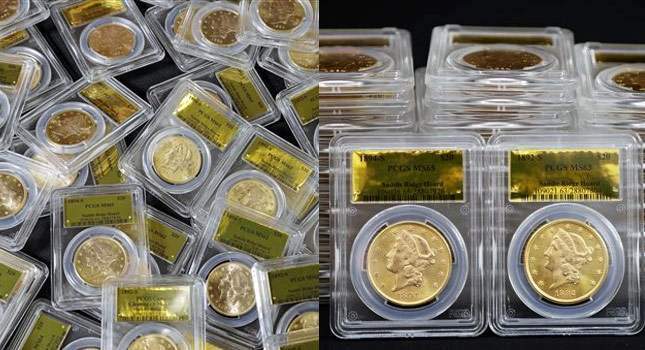 It was difficult to determine who the owner of the hoard was. There were no identification marks. The rusty tin cans also conveyed nothing. The only details were just the following: the hoard had been buried (not lost), all coins had been stacked in chronological order and hadn’t been in circulation.

If the coins are in perfect condition (haven’t been in circulation), it means they have been taken either from the bank or right from the mint. Some coins in the hoard are missing the inscription «In God We Trust» (these are dated 1866, it’s assumed that this defect was caused by an employee of the mint in retaliation for Abraham Lincoln’s assassination). But such coins couldn’t go beyond the scope of the mint.

Hence, it follows that the coins had been taken out of the mint. In those days, a worker couldn’t earn so much money (the total value of all denominations is $27,980 – a very large sum). But if it had been impossible to earn – must it have been stolen then? 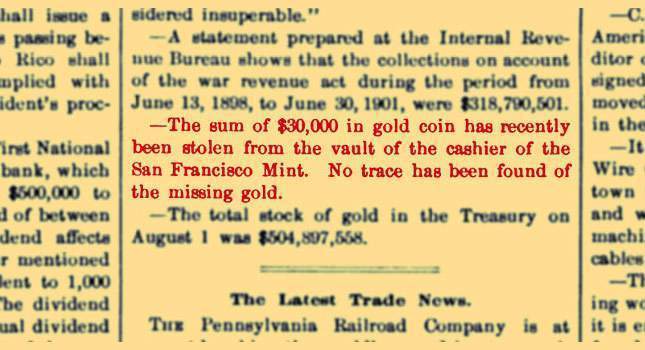 A numismatist who was studying the hoard stumbled upon a relevant event that had been described in the newspapers of that day: $30,000 in gold coins stolen from the San Francisco Mint, published in The bulletin of the American Iron and Steel Association (January 1, 1900). A thief had been caught, but the money hadn’t been found…

The hoard is really nationally significant – it has even got its own name “The Saddle Ridge Hoard” and a dedicated Wikipedia page.

So check on tin cans, maybe it’s these ones that have most interesting things hidden inside. More discoveries can be found here. Happy hunting to all!