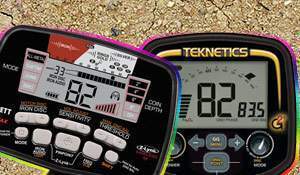 Comparison: Garrett AT MAX vs Teknetics G2+ (a nail board)

The Garrett AT MAX vs Teknetics G2+, being tested in a Monte’s Nail Board Test format. For those not in the know, it’s one of the most difficult and, above all, frequently performed tests of metal detectors. Simply said, not every unit can cope with such a nail board. Will your machine be capable of doing it? END_OF_DOCUMENT_TOKEN_TO_BE_REPLACED 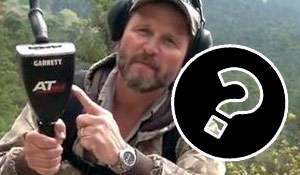 A proper recovery speed test of Garrett AT MAX

Which recovery speed test is the right one? You think it’s the one performed in the ground? You are wrong. The ground test is an interpretation of the air one. What we call a proper recovery speed test is when a positive target is located beneath a couple of negative ones. Simply said, when a coin is under the nails. That’s the only way you can know the detector’s real capabilities… But how about the Garrett AT MAX? Is this new machine able to well and truly separate close together targets? And is it worth its considerable price declared? It’s interesting (learn how to make proper tests). END_OF_DOCUMENT_TOKEN_TO_BE_REPLACED 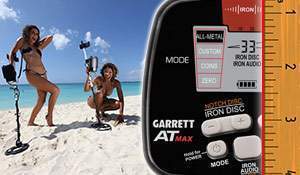 Garrett AT MAX test on gold. And you thought it was a magic machine?

A 0.5 gram gold nugget at a 7.5 cm depth. Will the Garrett AT MAX be able to see such a find? And even if it can, will the target be identified as ferrous or non-ferrous metal? According to the manufacturer, the Garrett AT MAX metal detector has already gone on sale. Find authorized Garrett dealers near you. END_OF_DOCUMENT_TOKEN_TO_BE_REPLACED 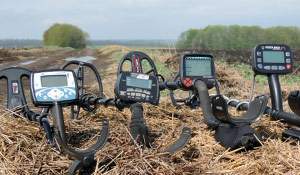 Is depth of Golden Mask 5+ a myth or is it time to change your machine?

The manufacturer has loudly announced that its new Golden Mask 5 Plus equipped with a 9 DD coil is greatly superior to other detectors with the 11 DD ones. Moreover, they revealed the test videos showing the Mask 5 Plus is deeper that the Makro Racer 2, even… in the Deep mode. That got me interested. Can it really be possible? END_OF_DOCUMENT_TOKEN_TO_BE_REPLACED