Do you know what’s Fr?nkischer Haken? It’s a bladed weapon which was popular in the early modern period. Its main purpose was to catch the blade of an antagonist’s sword. A very unusual weapon indeed.

Fr?nkischer Haken (Frankish hook) or Degenbrecher (sword breaker) was common in the XVI-XVII centuries, primarily in Germany and Italy. Besides, in those days there existed self-named shields with serrated edges.

It’s a dagger with deep serrations (notches) that was used for breaking an opponent’s weapon. A noteworthy detail is that it was also an auxiliary weapon of a fencer armed with a sword or rapier. 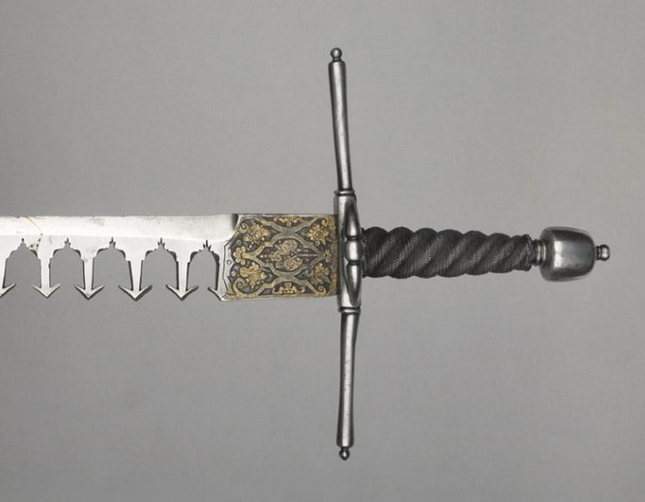 This photo shows an example of an Italian swordbreaker dagger. Presumably dated to 1600 AD.

One Response to Fr?nkischer Haken. An unusual ancient weapon