A rare item – Thor’s hammer pendant – has been found by a treasure hunter in Central Norway. There are only 13 of similar pendants known on this territory and only half of them are made of silver.

The author of the find is Magne ?ksnes. The artifact is dated to the 9-10th century AD. Type of metal: silver, weight: 5.5 grams. 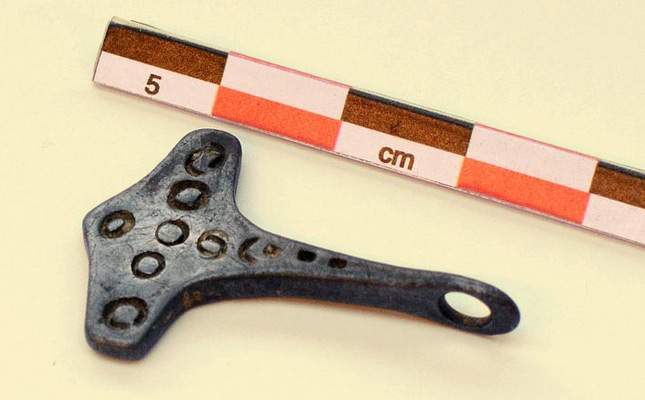 Thor’s hammer was used as an amulet. After introduction of Christianity those who adhered to old faith were wearing Thor’s hammer. However, Scandinavian Christians also often wore Thor’s hammers. Christian crosses and hammers provided the wearer with “double protection”.

More than a thousand similar pendants have been found in Europe. Finding such artifact is regarded as a sign of Scandinavian presence.