Is a pinpointer necessary during underwater search? I don’t have a purely underwater one. The nearest probe capable of being somehow water resistant is Makro Pointer. Although it remains to be seen how it will behave in salt environment. In a word, I decided to drown it in the sea. 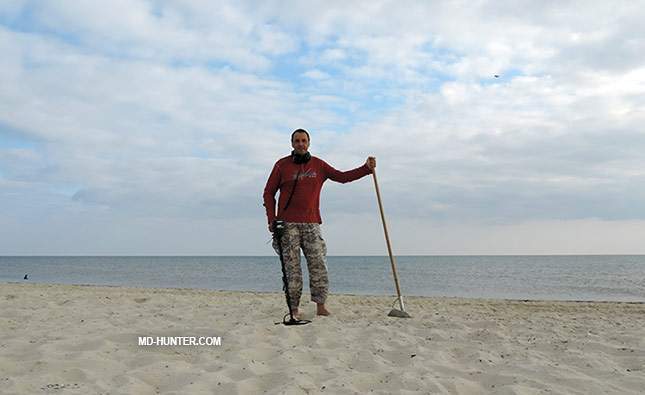 Beach hunting is a great thing. Better yet is to move a little bit into the sea – where there are no looky-loos bothering me with questions. And besides, there are not so many competitors – over 12 days in the water, I met only 3 searchers. When hunting on land though, I easily counted nearly a dozen of them each morning.

Do you know what finds are of the largest amount on the beach and near the sea? Present day coins are literally everywhere. There are a lot of them indeed. I poured out them onto the window sill in a hotel room – it was totally covered with coins. My children stacked them up and made the pyramids.

But when the number of small targets is great, searching without a pinpointer means wasting time – no matter whether you search on land or in water. I’ve got a narrow scoop, so I not always managed to catch a tiny item on the first try (as well as on the second and third). 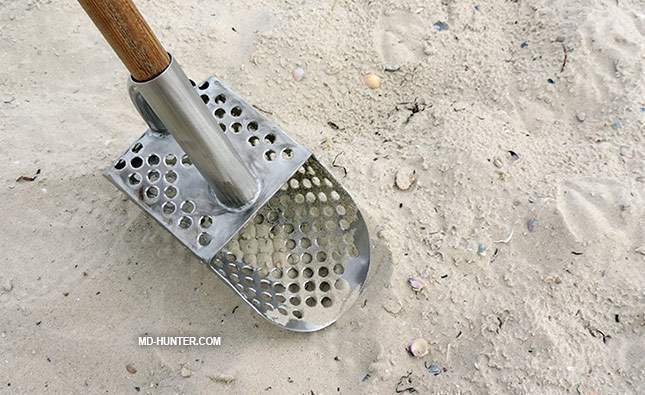 As for dry sand (when searching on land) the scoop is pretty good. But while searching in the water I wanted to get a wider mouth and flat bottom one, especially when I walked waist-deep and deeper in the water.

I carried the Makro Pointer in a trouser pocket (I walked into the sea clothed because of jelly-fish). So the pinpointer, being powered on or off, was almost all time underwater. 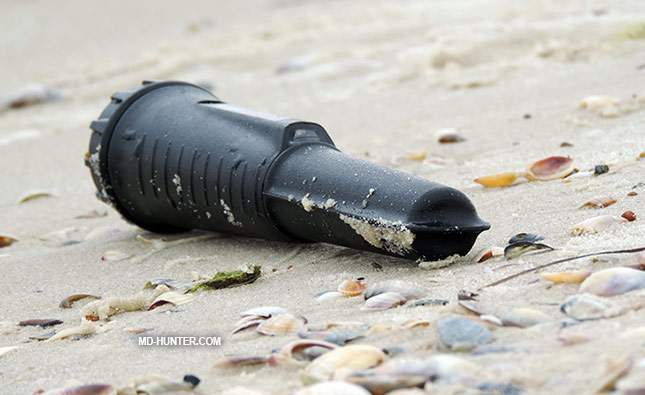 I turned on the probe underwater only. And there is a nuance I noticed while practicing: if you turn on the pinpointer midway between the bottom and the top surface of water, you may reduce sensitivity just by one step – the probe works fairly well. If you turn on the unit when it’s submerged in shallow water (as well as when at the bottom), you have to reduce sensitivity level by two steps.

Both levels of reduced sensitivity are enough to localize a target. The targets are detected as they are supposed to. The sensitivity setting should be adjusted once – it will be saved by the device. When being turned on/off next time, the Pointer starts operating at sensitivity level selected. 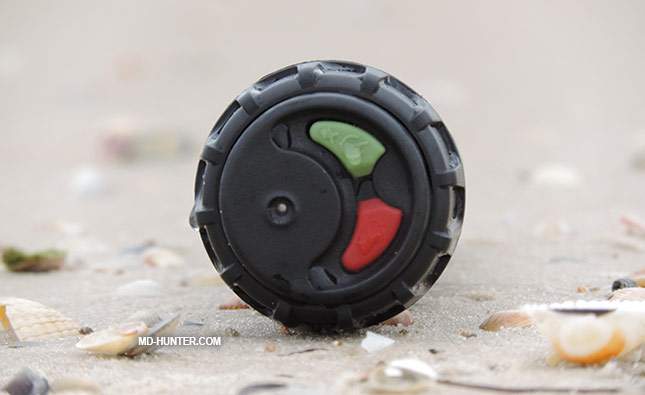 Vibration response is the only signal in the water. The sound can be turned off, and that was the thing I did first. On the second day, however, I stopped turning off the sound – there isn’t any difference, but then, apart from vibration, I also have an audio response on the water surface.

Makro Pointer’s vibration response is similar to that of other pinpointers – first time underwater it doesn’t seem to be enough, then you get used to it and continue working.

Summarizing the results: the Makro Pointer provides pretty good operation in saltwater. Spending more than 37 hours underwater, with maximum submersion up to 1.5 meters – it didn’t sink, everything is ok. 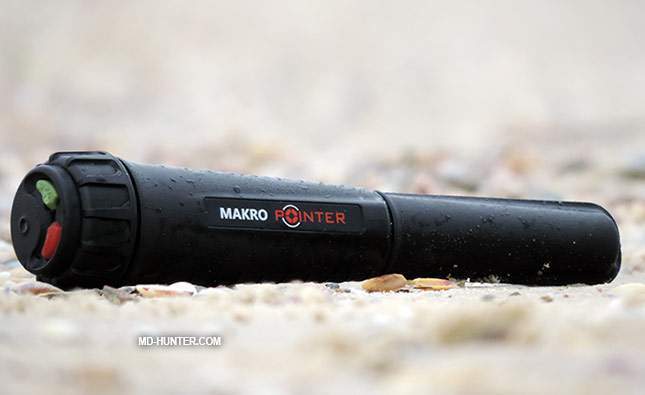 I was about to drown the Makro Pointer, but it survived. Instead… it was my Garrett AT PRO that got drowned. The machine was blowing such beautiful bubbles that I was even unable to take my eyes off. I thought it was an air from my shaft (how naive I was). It’s a good thing that it happened on the last day of my holiday. How I drowned my Garrett AT PRO – I’ll tell you later.

All info about the Makro Pointer is collected here (videos, comparisons, tests) and on Knowledgebase pages.

2 Responses to Makro Pointer in saltwater. My experience