He dug up royal tombs and met his death

An ordinary digger’s coil has picked up a coin – Aureus of Caracalla… Is it a good find? Are you aware that the emperor Caracalla was a digger, too? But he was fond of digging in royal tombs. 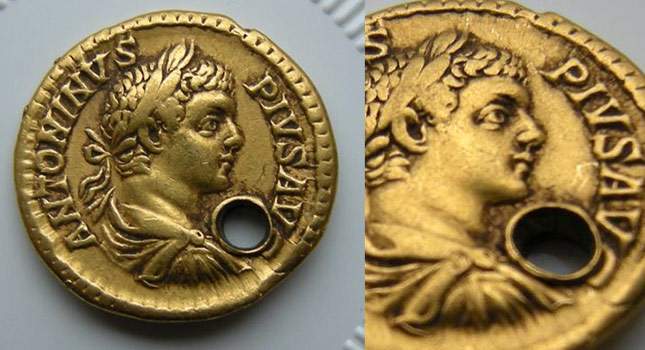 The find: Aureus of Caracalla. Material: gold. Weight: 6.92 grams… As a matter of fact, Caracalla is not a real name, it’s a nickname.

Once upon a time there lived Imperator Caesar Marcus Aurelius Antonius Augustus, and he was nicknamed Caracalla. He had gained his name for introduction of Gallic clothing – a robe extending down to the ankles. 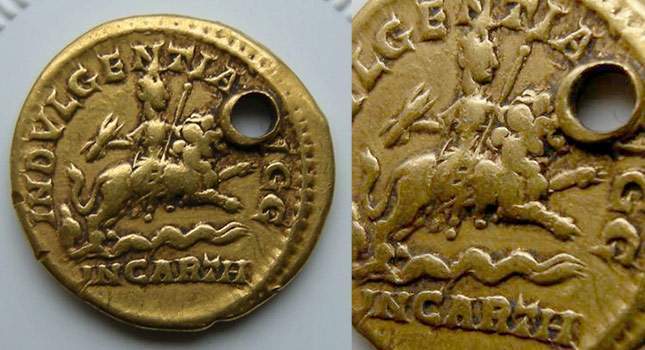 And what is more, the emperor Caracalla was a ‘black’ digger! It was he who came (fighting battles) to Arbela, in Parthia, to hunt for treasures – and dug up the tombs of local kings. So carts were heaped with the finds, and kings’ ashes were scattered to the winds. That hunt was the ruin of Caracalla…

The Parthians really took umbrage at digging the tombs. They got an army together and were eager to catch the black digger. Having become aware of that army, Caracalla’s friends decided to get rid of him – the emperor was stabbed to death by his own security guard (the latter was also stabbed right then and there).

Many centuries have passed since then. The coin depicting the bust of black digger Caracalla fell into the hands of another digger – and was sold for a modest $3,087. 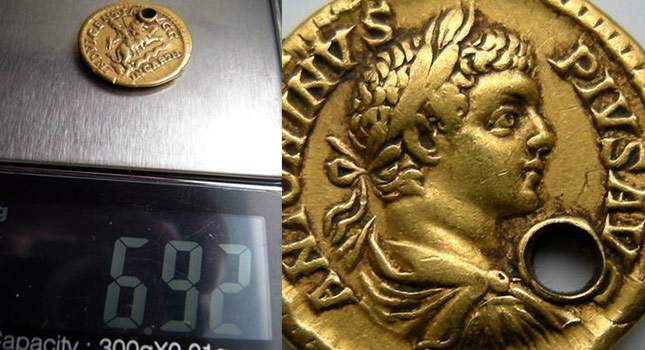 More items discovered are always found here. Haven’t you missed an amazing and rare bronze animal? Happy hunting! And do not dig up the royal tombs.