Counterfeit Golden Mask machines made in China have already gone on sale. The dealers selling original detectors name fake ones the electronic junk. Is that so? For example, fake Minelab GPX units from China are real remakes of calculators. Although the same cannot be said of the Chinese Garrett ACE and Teknetics T2. 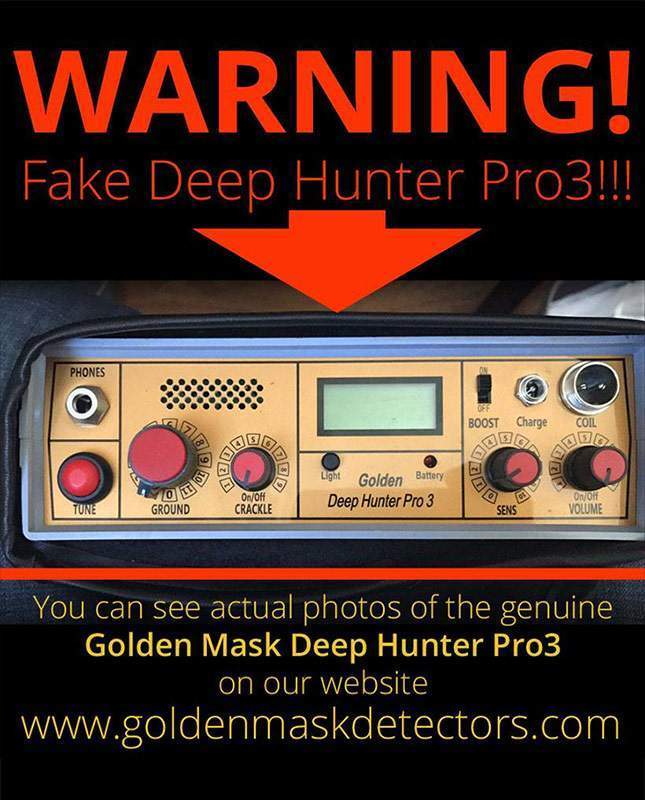 Fake Deep Hunter Pro3 on the Asian market!!! This machine has nothing to do with Golden Mask! Fake and quite different, but however there are people who buy it thinking they buy a Golden mask product! The fake Pro3 is advertised as «Made in Bulgaria», but it is not. Also, this junk is not even close to the genuine Pro3 in terms of performance.

Be careful where you purchase from! We suppose there could be even closer copies — same look, cheap electronics inside. See the original Golden Mask Deep Hunter Pro3 here: https://www.goldenmaskdetectors.com/deep_hunter_details.php?id=39&lang=en

All Golden Mask news is collected here. All content related to Chinese metal detectors and fakes is here (the info about the Garrett ACE and Teknetics T2 made in China, photos of the devices, how to distinguish them, as well as the pics from a Chinese factory). Happy hunting to Everyone!