In my opinion, the XP Deus metal detector is one of the best machines for amateur search of historical finds. Here’s a comparison: what a hunter obtains using the XP Deus after the Garrett AT PRO.

The XP Deus price can easily cover the cost of two Garrett AT PRO machines, but if you want to know at once what the difference is, conduct a simple test… Place a nail-coin-nail in a single line with a minimum distance and pass the Garrett AT PRO coil over it first and then the XP Deus one. An amazing capability to separate targets lying close together is one of distinctive features of the XP Deus. 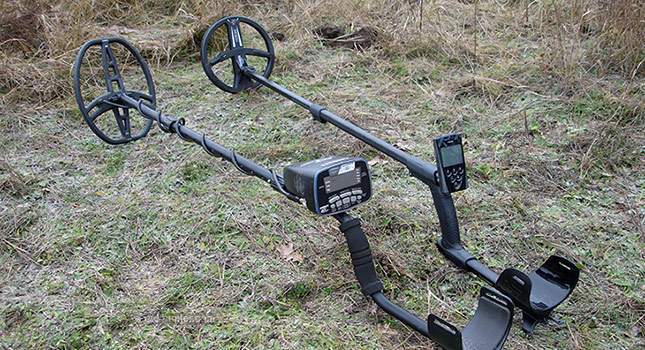 The second distinctive feature of the XP Deus is discrimination accuracy. Compared to the Garrett AT PRO, hunting with the XP Deus results in a smaller number of holes where unwanted find are detected. Furthermore, the XP Deus has an ability to switch between several frequencies (low, middle, high). If you have a dubious signal, switching to another frequency doesn’t allow you to miss your super hoard.

For example, take some copper coins and stack them up. Pass this stack of coins over the coil edgeways – most metal detectors will identify them as iron. But if the detector operates at low frequency, you’ll obtain a clear coin signal. It’s impossible to recheck a dubious signal with the Garrett AT PRO that operates at a single frequency. 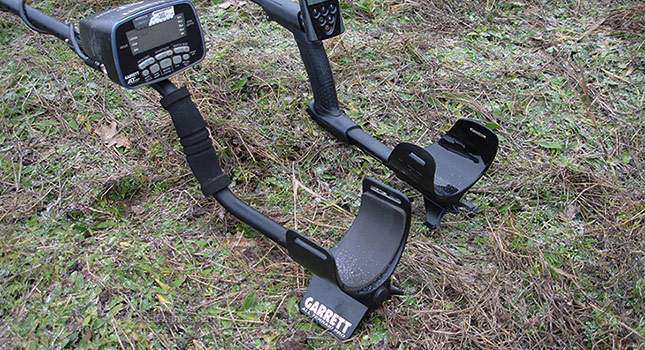 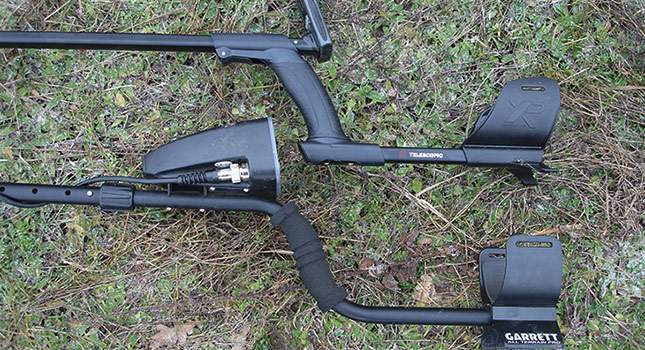 When you take the XP Deus after the Garrett AT PRO in hand, you feel unusual lightweightness of the detector (about 1kg). Absence of the coil cable (the XP Deus has a wireless coil) gives you total freedom in adjusting the height. 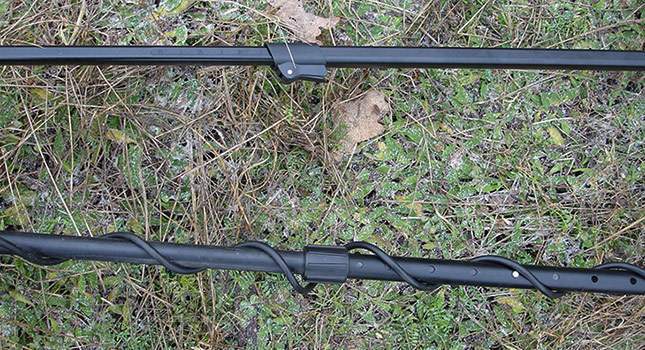 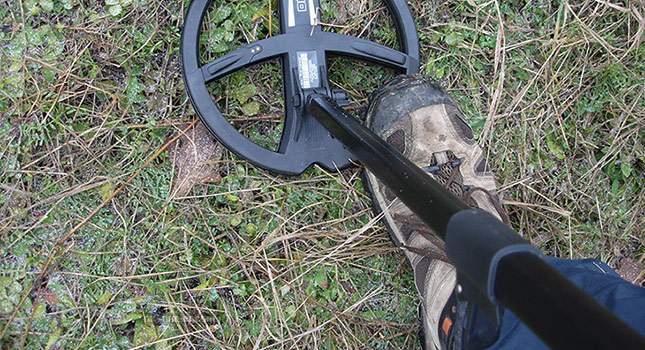 A 9-inch XP Deus coil has an excellent depth as for its size (I haven’t seen a deeper one among other metal detectors with the 9-inch coil). But along with that, the XP Deus with this one is losing out to the Garrett AT PRO with an 11-inch coil in depth. 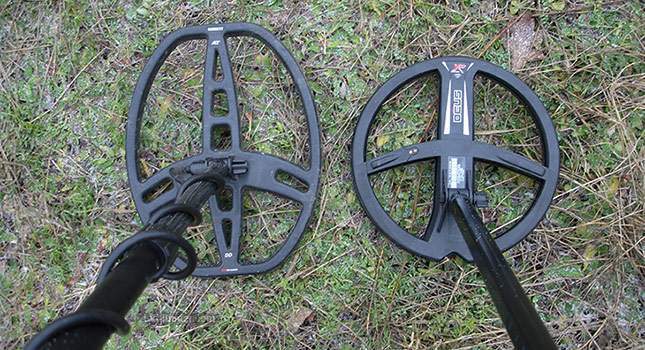 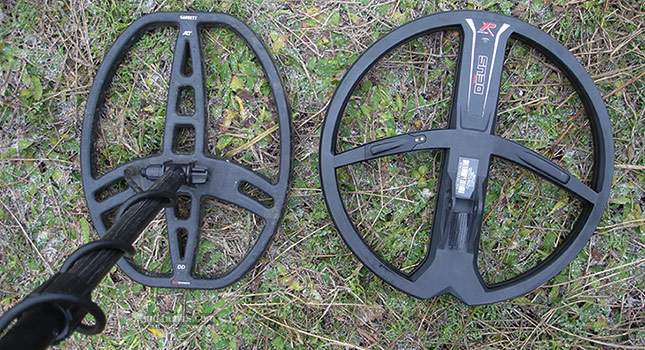 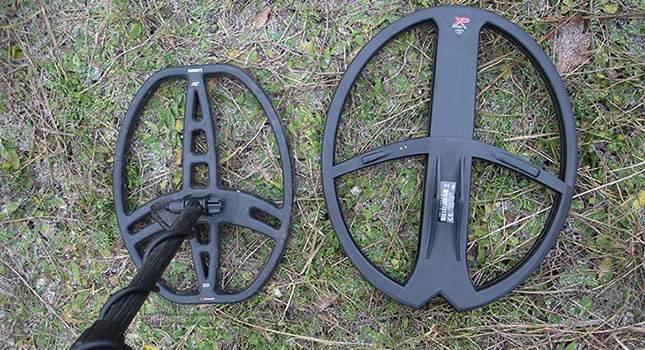 A large XP Deus 3428 coil provides a significant increase in depth, but false responses and mistakes in discrimination appear at that (compared to the 9 XP Deus coil). There are difficulties in detecting small finds using the pinpoint mode. For instance: with this coil, a coin often turns out to be not in the centre of a hole, but in its side wall. 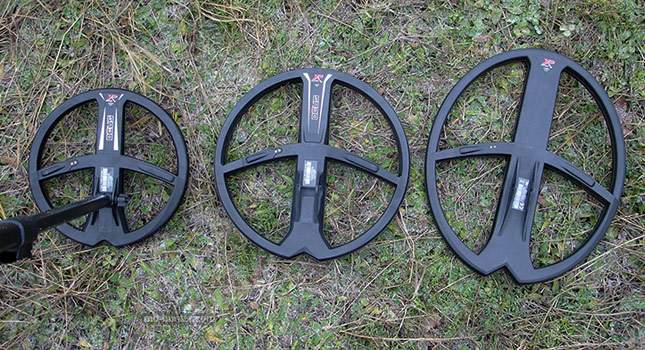 Also, the XP Deus has additional capabilities which are absent in the Garrett AT PRO. The wireless remote control of the XP Deus can be placed anywhere – on the wrist like a watch, on the belt or simply in a pocket. The XP Deus wireless headphones make it possible to hunt without the remote control – you can run the detector from the controls on the headphones. 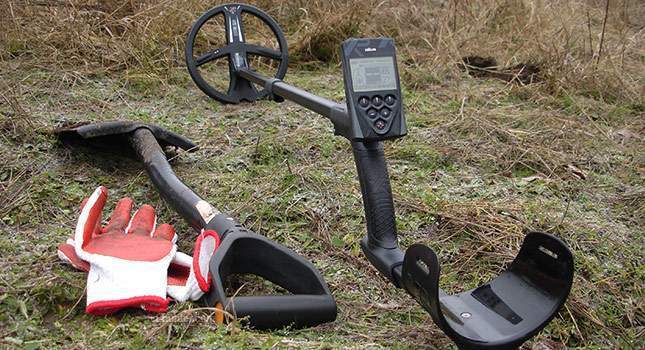 The Garrett AT PRO is a ground and underwater detector (amphibian machine, submersion up to 3 meters). Last year, XP released an underwater kit for the XP Deus that also allows the detector to be submerged underwater.

All about the XP Deus is collected here (news, tests, comparisons with other devices, different reviews and opinions). Plus, on Knowledgebase pages there is additional information you should know before buying the XP Deus. The experience of others will help you save your time and money. Happy hunting to everyone!

8 Responses to XP Deus after Garrett AT PRO. Comparison