Push a gold ring into the soil more than 20 centimeters deep. Test the Garrett ACE first and then do the same with the Golden Mask Thracian. There will be no need to continue… And depth isn’t the point. What signal will the machine give you? 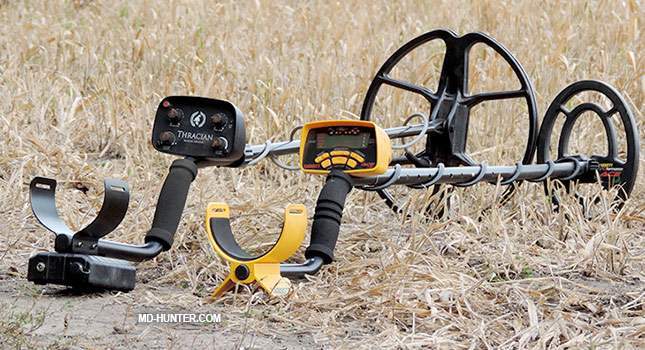 Both metal detectors come with a demountable S-shaped shaft. The lower shaft is used for attaching the search coil, the middle one for adjusting the detector’s length, whereas the upper one is equipped with the control box. In terms of convenience, the Golden Mask Thracian and Garrett ACE are similar. 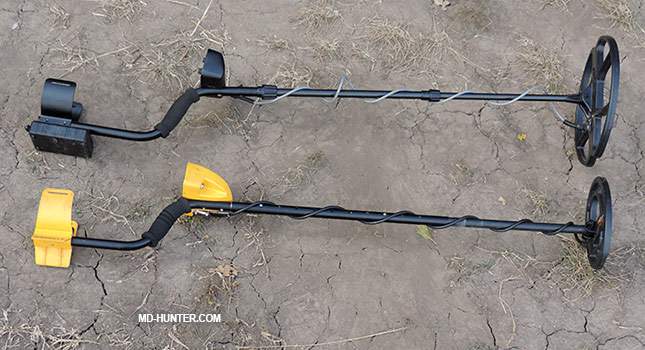 The Golden Mask Thracian provides a bit better balanced feel. The battery compartment serves as a counterweight to the large coil. But the Garrett ACE is a bit lighter (with the factory coil) and also doesn’t overburden the arm while hunting.

I don’t like a simple handle – the foam grip right on the shaft. With the lapse of time, the foam loses its fixity and starts spinning around the shaft. It has already happened to my Garrett ACE. I don’t think the Golden Mask Thracian has a special handgrip – it will definitely suffer the same fate. Of course, it’s a trifle that has no effect on finds, but your comfort while searching depends on these very trifles. 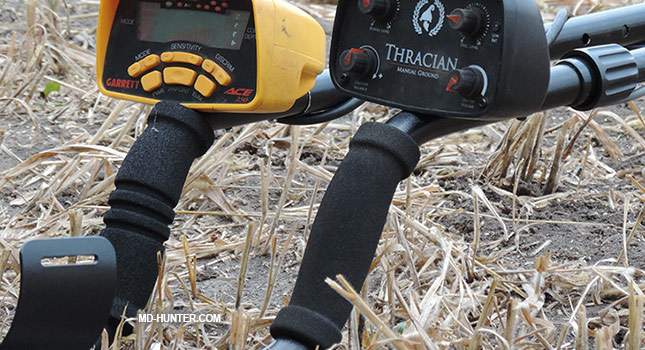 The Golden Mask Thracian has a metal armrest. And it’s a plus. The fact that my Garrett ACE armrest still remains intact is a mistake. It could have broken down a long time ago. Either in a backpack, or with a large coil, either you accidentally step on it or hit it – one day a plastic armrest will break down anyway. 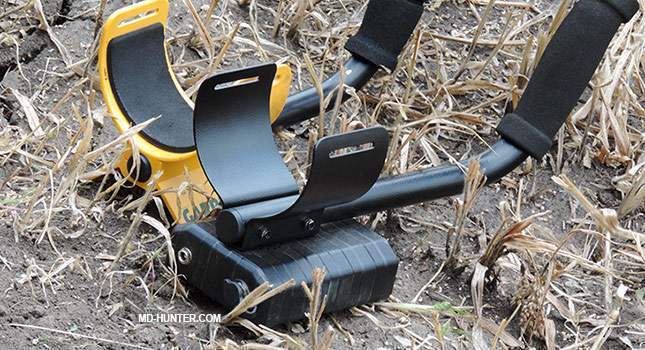 A metal armrest may corrode (you’ll have to pull out all the stops for this to happen). It weighs a bit more (the difference between this and plastic one starts with 100 grams and more). But a metal armrest is many-fold more reliable than a plastic one. 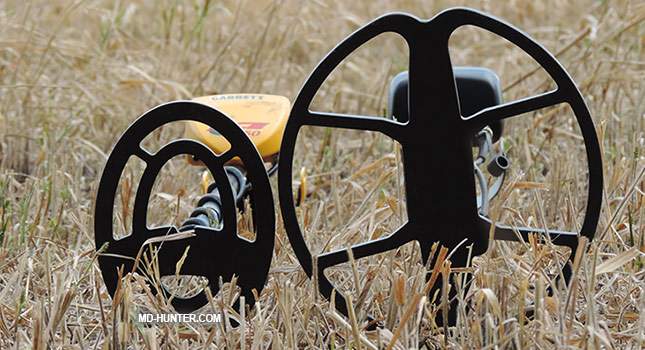 You buy your metal detector as an assembly which includes a search coil. A medium sized mono one, as for instance on my Garrett ACE 250, is really a universal coil. But sooner or later you’ll want (you definitely will) to have a larger one – which provides greater depth, of DD type. Buying the second coil separately as an additional one is always more expensive than purchasing the machine with a large coil in one go.

If you compare the Golden Mask Thracian versus the Garrett ACE 250, everything is clear right away: a 9.5-inch Mono coil and a 12-inch DD one. 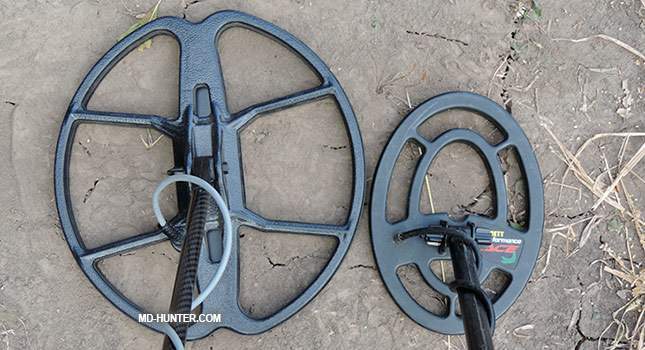 I’ve had lots of practice with the Garrett ACE. After trying the 11-13-inch DD coils on the Garrett ACE once, you will never want to use a factory standard coil. You won’t want to realize the fact that you are leaving the finds behind, will you? But you will leave them for sure, whether it be a small or large coil. You are hunting with the Garrett ACE, and that’s what the problem is.

Want to forget about the Garrett ACE once and for all? Take a gold ring, a small silver coin and old signet rings. Dig these targets in the soil to a maximum depth (reachable for your coil) and test the response. And that’s all of it… You can go and will never hunt with the Garrett ACE again. 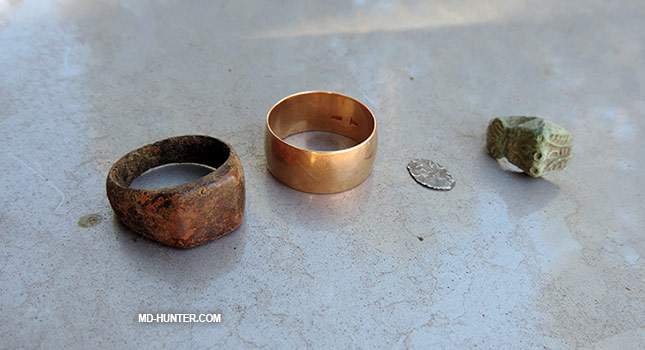 No screen? But what are you expecting to see on the detector’s screen? A jumping segment on the visual discrimination scale? 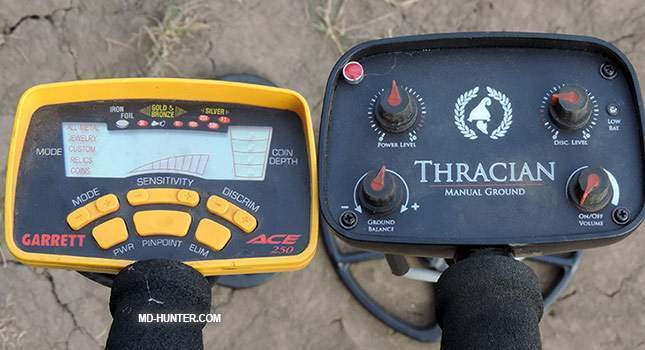 Have you ever hunted at the sites with real ancient finds? Even if you use discrimination (some people do exclusively hunt in all metal), the principle is simple – you should dig any non-ferrous signal. And here the screen isn’t needed anymore as discrimination and audio response come to the fore.

A good audio response will tell you everything about the find. To dig or not to dig, the size of the object, its burial depth – the Golden Mask Thracian perfectly copes with all of this without the screen.

The Golden Mask Thracian has no pinpoint mode, whereas the Garrett ACE has this feature… I got my first experience of searching without the pinpoint mode when I was hunting with the Makro CF77 equipped with an 18-inch coil. It’s really easy to get used to it.

One day I was metal detecting with the Golden Mask Thracian along the field road. The soil was so hard that nobody even wanted to examine that site except me. I had to make the holes with a pick to reach the items found – coins, crosses, signet rings. The discoveries were small, so it was necessary to make selective holes. Any mistake in determining a hole location could lead to loss of time as well as result in hollowing out a new hole. But those ones were very difficult. And I did really well without the pinpoint mode. 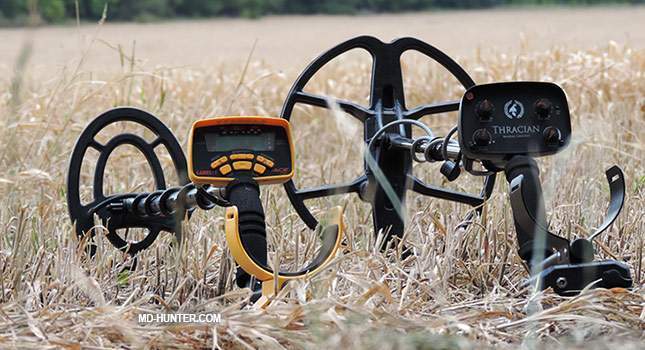 There are two kinds of metal detectors. Some descend to the level of a treasure hunter. And the Garrett ACE (the entire family of detectors) is that kind of machine. Some pull a detectorist up to their level. And in my opinion, the Golden Mask Thracian is precisely this sort of thing.

At any rate, after testing how both machines react to gold, small silver as well as repousse, and seeing the Golden Mask Thracian in operation, you won’t want to hunt with the Garrett ACE anymore. In fact, both of my Garrett AT PRO and Minelab X-Terra 705 have the similar features. I’ll write about it later. 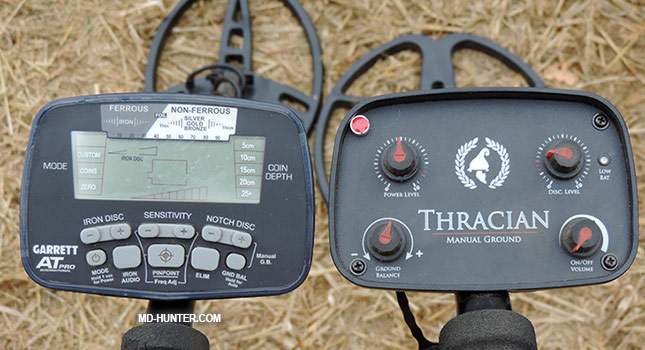 The same test passed (or, more correctly, not passed) by the Garrett ACE 250