XP announces the date for its new products 2016

A metal detecting event – XP Sponsored Gold Summer Rally 2016 – will take place on 17 and 18 September in Oxfordshire, UK. They promise to give away 150 different prizes, among which there will be 10 XP Deus metal detectors and… 20 new XP pinpointers. Awesome! 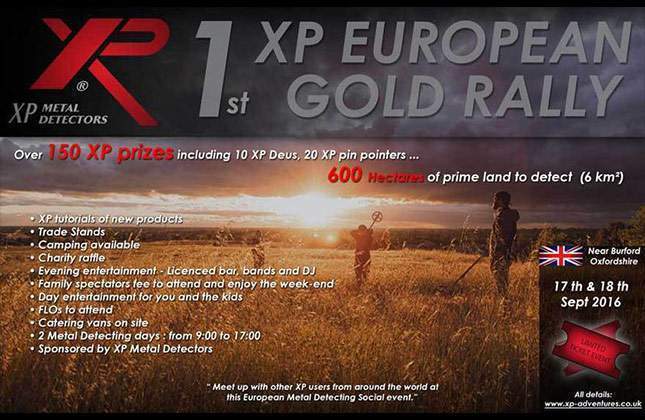 The XP Sponsored Gold Summer Rally 2016 promises to be a really interesting event. We’ll see an XP pinpointer (announced as far back as last year) at last. Let me remind you: the XP pinpointer is capable of sending a signal to the wireless headphones and can be tuned by using the XP Deus remote control or waterproof smartphone. 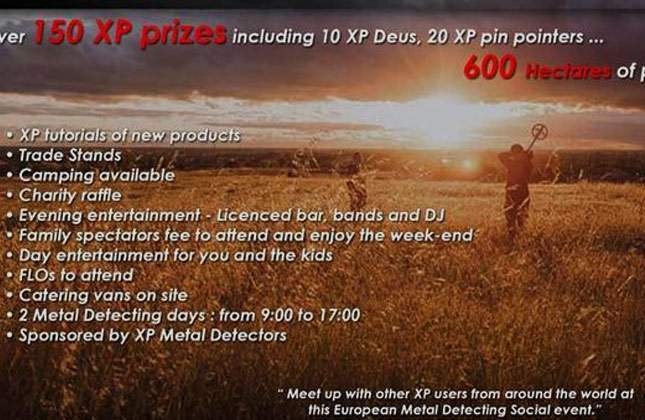 Also, an XP deep nozzle as well as a new XP Deus version 4.0 are expected to be revealed at the XP Sponsored Gold Summer Rally 2016.

So we keep on waiting!